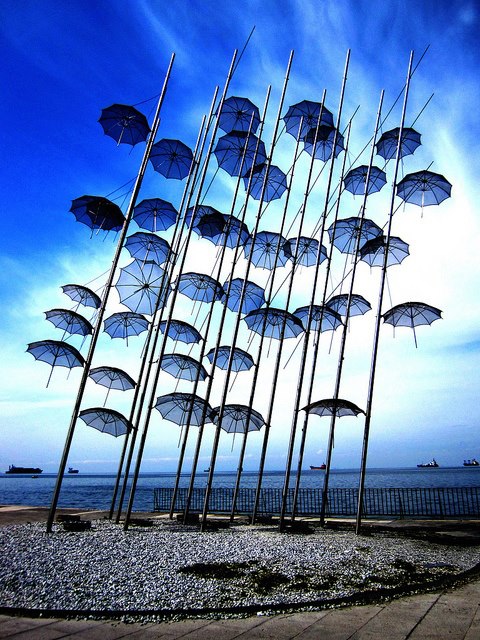 Giorgos Zogolopoulos was a prominent Greek sculptor (lived 101 years, there must be an element of eternity in the architect’s profession, just think of Oscar Niemeyer!) whose works frequently included umbrellas. He was particularly concerned that his sculptures should co-exist harmoniously with their environment so he frequently collaborated with architects. In the last period of his work, since 1972 the element of motion has remained a fundamental feature of a number of his compositions along with the additional water and sound.

His works adorn public places, squares and official builidng, most of them located in Greece, but also at the European Council Building in Brussels

This particular rendition of “Umbrellas” is located at the seafront in Thessaloniki (Macedonia region, Greece) was constructed in 1997 .

2 Responses to “Umbrellas” in Thessaloniki